Do you often find yourself underperforming? Wanted to play Law but lack the execution or the discipline to learn DSS? Want to have fewer moves in your movelist? Look no further, pick Shaheen! This guide will attempt to explain how one should approach Shaheen, and why one should play the character. This guide is based on the Season 3 patch, a patch that gave this character some sorely needed adjustments.

To begin with, let’s overview the character: Shaheen follows the “less is more” principle, with a simple short movelist full of useful tools for any situation. He can be considered as a jack of all trades, but master of none. Shaheen often goes under the radar because he does not excel at anything, though he doesn’t have any glaring flaws either. His biggest flaws are a weak throw-game (like every character introduced in TEKKEN 7, he only has regular throws and a 1+2 break), and the fact that his punch parry is mediocre.

We'll start analyzing what moves you should be doing when, and what you should avoid doing. To begin with, there will be an overview of some sample combos and punishers.

This guide will not cover all combo options, but here is an overview of some of the most important ones to get you started!

Works from most of Shaheen's regular and CH launchers:

Pokes are your best friend as Shaheen; he has some excellent safe moves that you can throw out in neutral, and some counter hits that can lead to decent damage. He might not have the best lows in the game, but d+4 is pretty fast and hard to react to. On the jab side, we got a normal jab with some interesting string options that will be useful if your opponent is pressing too many buttons. 1,2,2 has an unsafe third hit (-10), but on the flip side, you can get a f+2,3 on CH for decent damage. Another possible follow-up for jab is 1,2,3, or just 2,3, which can transition into stealth step (more on stealth step later) even though every move is high. To wrap up the highs, 4 also has interesting follow-ups with 4,1 being a ch combo starter, 4,3 leading to tailspin, and 4,4 having a mid second hit (for anyone who’s trying to duck the 4,1, which is good for conditioning opponents).

Now all those highs are well and good, but what about the mids? Well, the good news is Shaheen has some pretty good mids. Df+2 is safe 15f mid, which is always good news in a TEKKEN character. Another safe mid is df+1, which is a common tool found in any Shaheen match. Df+4 is a decent keep away tool in most characters, and Shaheen's is no exception. Df+3 is a decent homing move to keep your opponent from sidestepping and can compliment df+1, which can be used similarly. Speaking of homing moves, season 3 brings some changes to one of Shaheen’s more underused moves, f+3, which is now a homing move as well as a 21f safe mid that crushes lows and KNDs on CH. Another mid that might come in handy is b+1, a move that has also seen some changes in season 3, now not being a CH launcher anymore but + on block and with the possibility of ducking after the move.

As a last note on pokes, I'll include the power crush in this section. Shaheen’s power crush is ff+4, a high that’s -11 on block and is also a wallbounce since season 3. WS moves will have a separate section.

This section will cover combo starters, launchers, and wallbounce moves.

Wall bounces: Ff+4 is mentioned above and is one of 2 wallbounce moves for Shaheen, the other one being WR+2, a mid that’s a little slow (20f) but is +6f on block.

Regular lanchers: The most common regular launchers you’ll see are df+2 and uf+4, both 15f and both leading to essentially the same combos. Besides those, there’s also uf+3 (sort of an orbital kick but 25f) and, starting in season 3, db+4 and db+3,4 are finally launchers. Ff+3 should also be mentioned, even though you should never use this move as a launcher unless you want to create bad habits. To wrap up regular launchers there’s WS2, which is -17f on block but leads to some beefy combos and is an elbow (punish those whiffed Asuka reversals the right way).

CH launchers: Season 3 traded off CH b+1 launcher for CH b+4, and that 17f move is not gonna be something you want to spam, but it might come in handy in some situations. The most common CH launcher for Shaheen is probably 4,1 (magic 4 also exists but I can’t find any move to combo after it). 4,3 would also fit this category, but again this is not a move you want to use, as well as the last hit of 1,2,2.

There are some moves that you wouldn’t necessarily call launchers but will knock your opponent down and/or guarantee some follow-up moves or mix-ups. These moves (and their optimal followups) include:

Now here’s one of the most important tools at your disposal if you play Shaheen, stealth step. Stealth step is a stance full of decent moves for any situation, mainly combos and mixups. You can transition into stealth step (SNK for short) by double-tapping df or by inputting df after any of the following moves:

Before we go over SNK moves, it’s important to note you can cancel the stance into a crouching position by inputting db, giving access to all WS moves as well as SNK moves. Now onto the moves themselves:

That will conclude stealth step; combos won’t be covered further in this guide because there’s always gonna be better combos either on Twitter, Discord, or Youtube, and that’s not even counting copying combos you see in tournament. Hope this guide has convinced you to try out Shaheen, and thanks for reading! 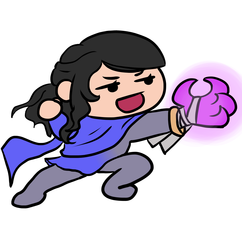 Want to frustrate your opponents with evasive stances and a plethora of strong lows? Look no further! 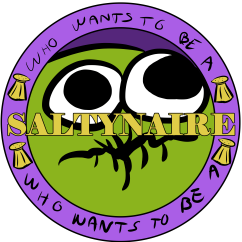